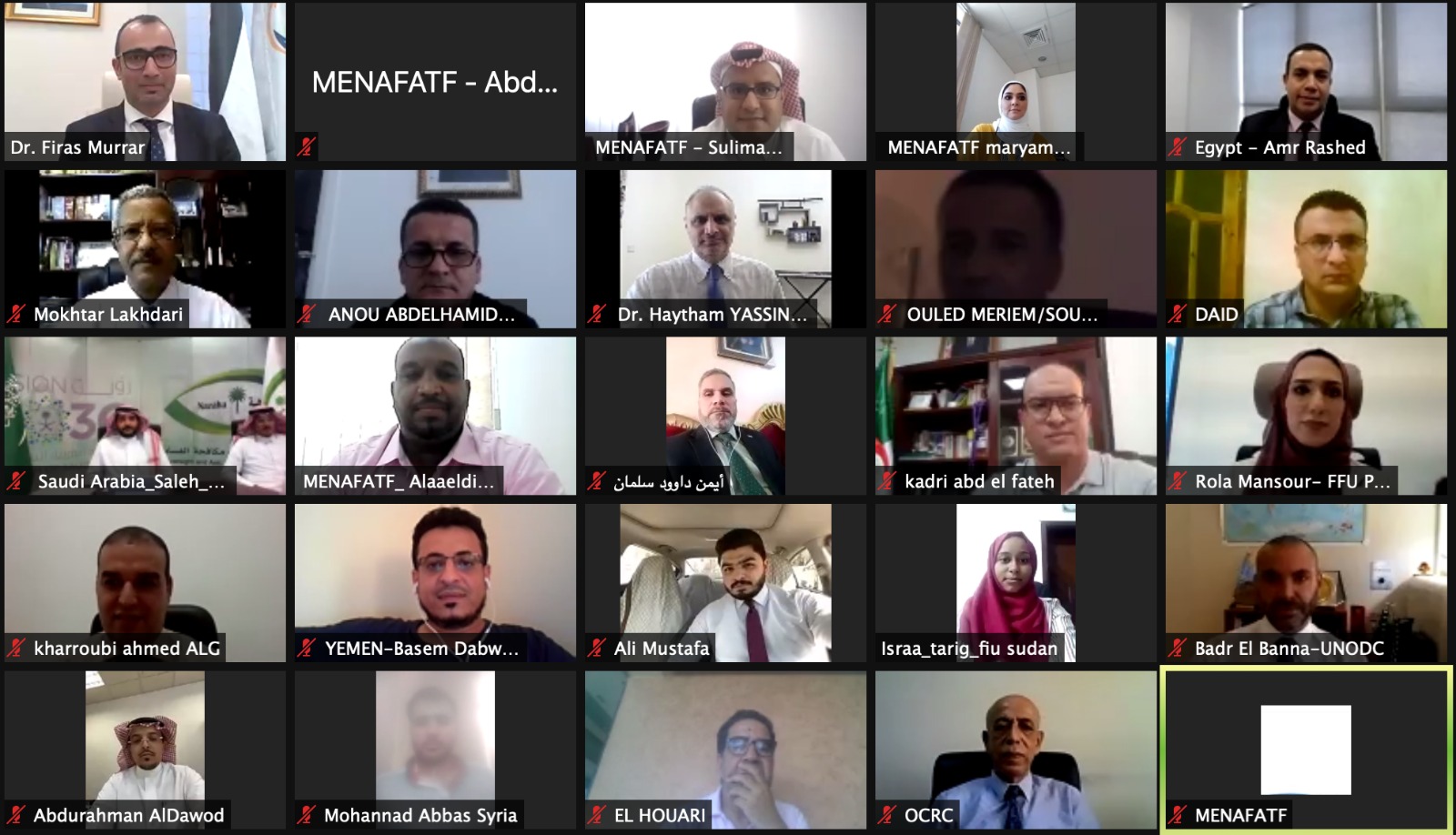 MENAFATF concluded on Monday, August 16, 2021, a series of webinars on the “United Nations Convention against Corruption and Asset Recovery Associated with Laundering Proceeds of Corruption”, which were implemented over three sessions. The mechanism for reviewing the implementation of the United Nations Convention against Corruption, the anti-money laundering procedures included in the agreement, as well as the asset recovery mechanisms stipulated in the agreement were reviewed, and the experiences of member states and other aspects related to these topics were presented.

An estimated number of participants representing the competent authorities concerned with combating ML and corruption, international cooperation and asset recovery benefited from these sessions, such as: anti-corruption crime bodies, ministries of interior, police, FIUs, PP agencies, the judiciary, and other concerned parties.