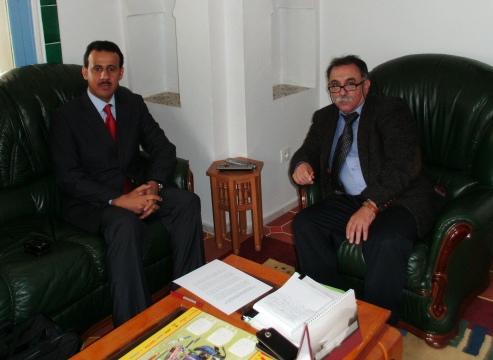 During the meeting, several important subjects which are a priority for the MENAFATF’s works as a part of the work plan of 2011, especially the preparations made for holding the 2nd (high level) Ministerial Meeting (to be held on 30 April, 2011, in Kuwait). The Meeting will include the ministers, the central bank governors and the chairmen of the national committees, who are concerned with anti-money laundering and combating the financing of terrorism (AML/CFT) in the MENAFATF members.

Moreover, as a part of the agenda, it was discussed the subjects of the 13th Plenary Meeting, to be held from 3-5 May, 2011, in the State of Kuwait, which is preceded by the meetings of the mutual evaluation and the technical assistance & typologies work groups originating from the MENAFATF. The main subjects discussed were the mutual evaluation, follow-up reports for the previously evaluated countries, the technical assistance & training programs.

The meeting had been preceded by another meeting with all the CTRF members, during which the aspects of cooperation were presented and the members stressed the support of the Republic of Algeria for the MENAFATF activities through hosting the events which will be organized by the MENAFATF, especially the 14th Plenary, which will be held in Algeria in November 2011.