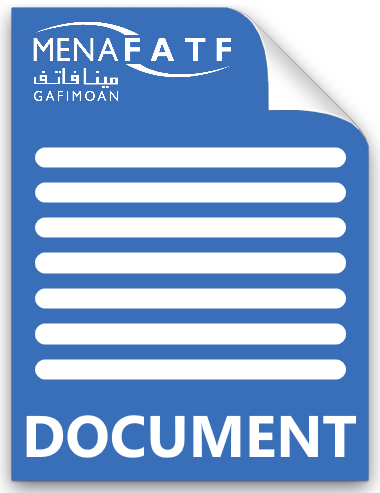 The 14th MENAFATF Plenary Meeting (Algiers, People’s Democratic Republic of Algeria, 28-30 November 2011) adopted, based on the TATWG recommendation, the typologies report on "Illicit trafficking in narcotic drugs and psychotropic substances and money laundering" which was prepared by the MENAFATF Typologies Expert Group. The report includes a number of case studies which reveal the modern methods and techniques adopted and followed by the drugs traffickers in laundering the proceeds of their operations as a means to “legitimize” such proceeds.