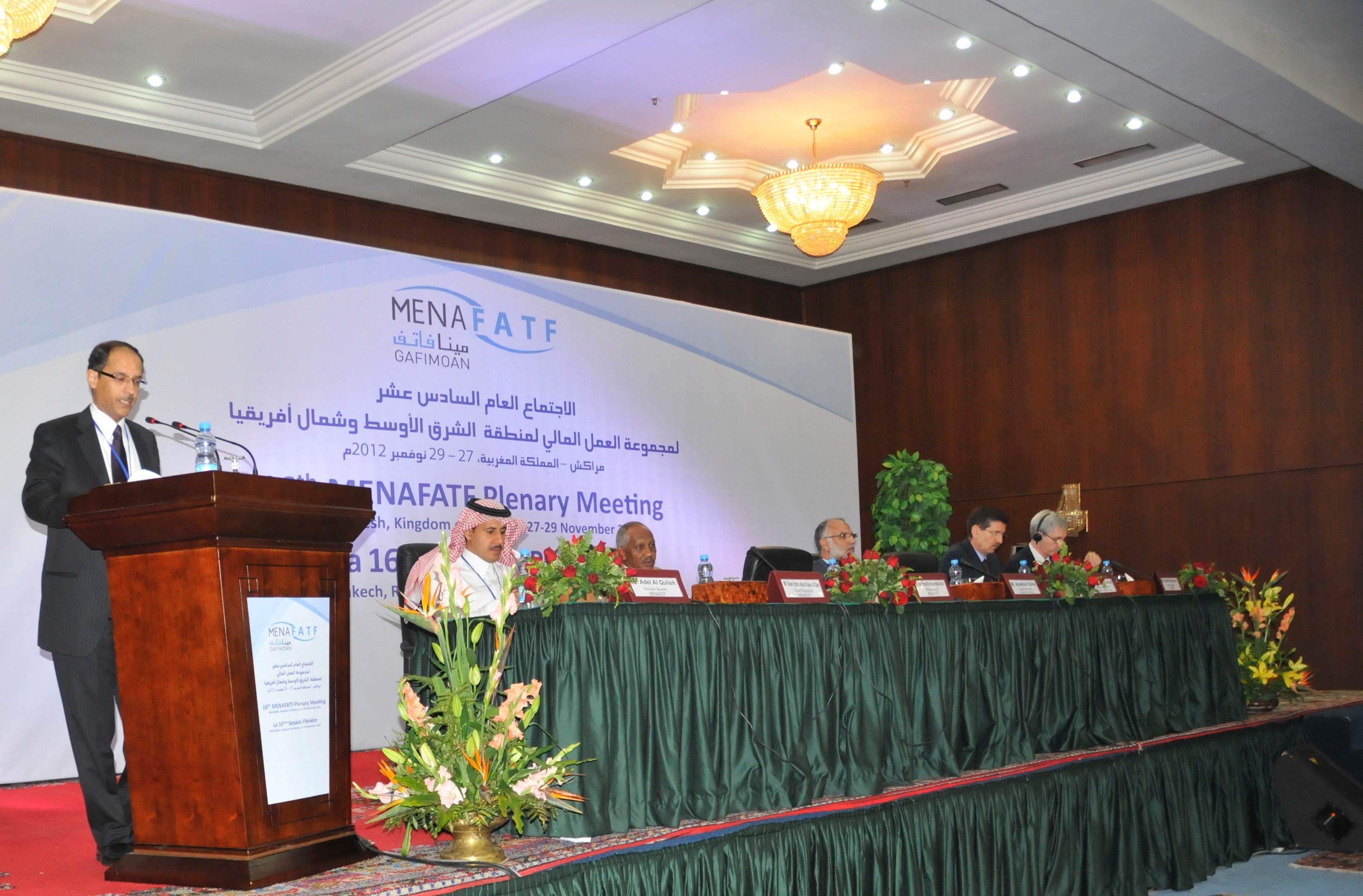 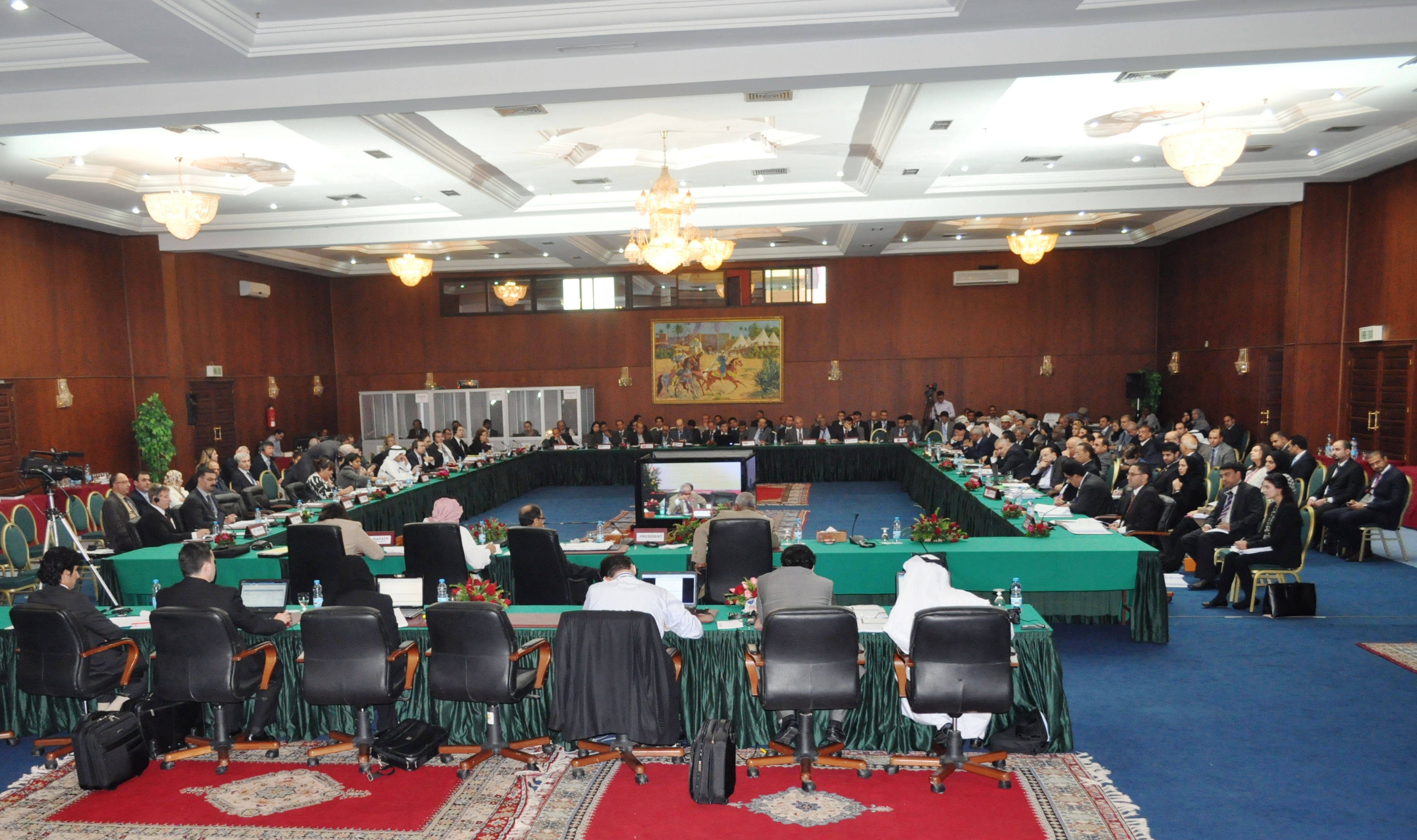 3) End of the 1st round of mutual evaluations:

The plenary meeting adopted the translated Arabic version of the 40 Recommendations on combating money laundering and terrorism financing and proliferation issued by the FATF in February 2012.

5) Adopting new criteria for Observers participation in MENAFATF activities
The plenary meeting adopted new criteria to promote MENAFATF relation with observer countries and entities in order to achieve the benefits expected for the MENAFATF behind holding observer status therewith; which would confirm the importance of cooperation and work with observer countries and entities to support MENAFATF activities and increase cooperation and coordination within the framework of exchange of expertise.

6) Bahrain moving from regular follow up process to biennial update:
The plenary reviewed the large progress made by the Kingdom of Bahrain and praised the achievements it has made in enhancing its AML/CFT regime based on the plan established in the mutual evaluation report. The plenary meeting adopted the 4th follow up report for Bahrain and approved to be moved from regular follow up to biennial update; the report will be published on MENAFATF website.

7) Follow-up reports:
Within the framework of the follow up for the mutual evaluation processes, the 16th plenary meeting adopted 6 follow-up reports for the following countries: People’s Democratic Republic of Algeria, Hashemite Kingdom of Jordan, Republic of Tunisia, United Arab Emirates, Kingdom of Morocco and Arab Republic of Syria. The reports revealed the progress made by such countries in developing their AML/CFT regimes in light of the plan established for that purpose in their mutual evaluation reports adopted between 2006 and 2010.

8) Strategic Plan for the years 2013-2015 and 2013 Work Plan
The plenary meeting adopted the 3rd Strategic Plan for the years 2013-2015, which include the goals to be achieved during the strategic plan period, the strategies to be adopted for such goals; and which, in their turn, include, among others, preparing for the 2nd round of mutual evaluations to assess MENA countries’ compliance in applying the international standards in this area, clarifying the new ML/TF methods, techniques and trends and identifying the best regional combating solutions.

The Plenary adopted the Mutual Evaluation Working Group (MEWG) Chair report, which included recommendations the MEWG has reached in its meeting held on Monday 26 November 2012 on the margin of the 16th Plenary meeting in relation to:

Further, the Plenary adopted the Technical Assistance and Typologies Working Group (TATWG) Chair report, which included the most important recommendations agreed on during the TATWG meeting held on Monday 26 November 2012 on the margin of the 16th MENAFATF Plenary; the following is the most important adopted decisions:

10)  6th MENAFATF Financial Intelligence Units Forum
The 6th MENAFATF FIUs forum was held on Sunday 25 November 2012 on the margin of the 16th plenary meeting; the most important issues are summarized below:

The 17th MENAFATF plenary meeting will be held in April/May 2013 in Khartoum, Sudan.